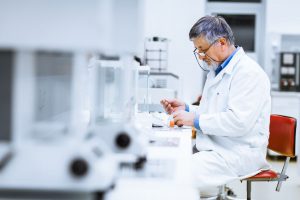 Psilocybin mushroom spores can be used in a variety of ways to bring about the growth of various mushrooms. There are numerous mushroom species out there, and their spores all work somewhat differently, though based on the same enchanting mechanism of creation and growth.

A mushroom spore syringe is typically used to inoculate a substrate, or an environment in which mushrooms can grow. Through this process, scientists can study the growth and development of these mushrooms, their effects on the human body at various stages of their development, and the quantity and quality of the psilocybin that they produce.

Studying the Stages of Mushroom Growth

A psilocybin mushroom spore syringe can be a great asset when it comes to the scientific study of the mushrooms themselves. Scientists already know that psilocybin mushrooms can have a powerful impact on the human body, helping to normalize various hormones and substances, triggering a happy state of being, and breaking up the chemistry of depression.

By inoculating various substrates, researchers are able to study the various stages of development of the mushrooms and see exactly at which point psilocybin appears in their makeup. Through various tests they can then adapt the mushrooms for various health applications or extract the natural psilocybin to test it against the effects of synthetic psilocybin. Either directly or indirectly, the understanding of how the mushrooms develop could lead to many breakthroughs regarding the use of the hallucinogen substance for treating sleep disorders, anxiety, chronic pain, OCD, depression and many other disorders.

The development of synthetic psilocybin is one of the greatest priorities of the modern science tasked with discovering the mysteries of psychedelic mushrooms. By growing mushrooms in a lab with the use of a simple psylocibin mushroom spore syringe, scientists can study how the substance develops inside the mushrooms and how it can be synthesized more effectively.

The aim of such studies is to understand not only the substance itself, but the process by which mushrooms grow from the state of a spore, germinating and then growing into actual mushrooms. In time, it’s possible that this research can lead scientists to understand how to produce synthetic psylocibin that is free of the hallucinogenic effects, free of any other unwanted side effects, and highly efficient when it comes to battling anxiety, depression and other mental and emotional illnesses.

The Future of Psylocibin Studies

In the near future, it is possible that medicine can be developed based on psylocibin that will offer a safe, effective and addiction-free treatment for various diseases. Although you can’t rely on a single pill for everything, psylocibin mushroom spore syringes have already helped to trigger a line of research that could make the treatment of even severe mental health disorders much easier in the long run.

By growing mushrooms with the help of psylocibin mushroom spores, researchers might be able to also find some of the hidden secrets of why and how the brain responds to the hallucinogenic effects of the substance which might lead to a deeper understanding of the brain itself. 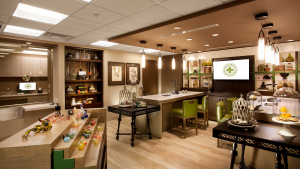